CousinConnect.com is now owned and operated by Adopted.com. When you go to Adopted.com you’ll see this prompt: 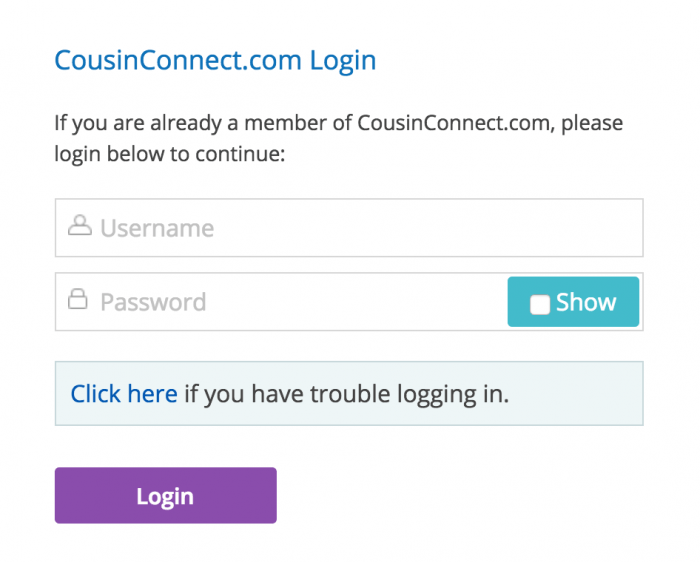 And here is a message from the former owners of CousinConnect:

Previously, CousinConnect.com was one of the free genealogy message boards and searches could be made by Surname or Region.

For Genealogy queries by region the following regions were included: