Meertens Instituut in the Netherlands is an archive and research institute for the study of Dutch language and culture. They have digitized material, including thousands of hours of audio material, as well as a surname mapping tool. The databases at Meertens do not contain genealogical records, but instead map the occurrence of different types of records throughout the country. 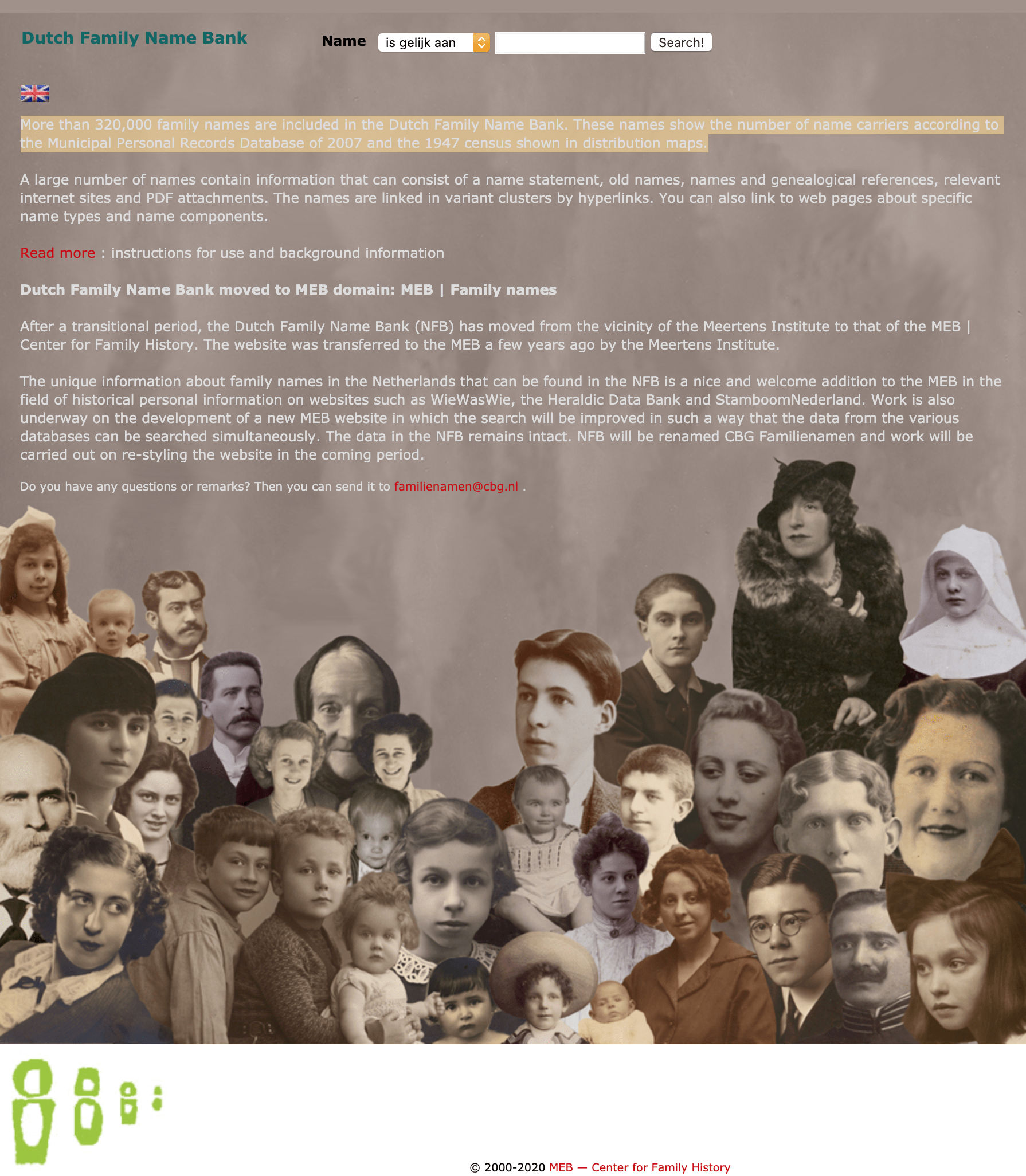